Tackling organized drug crime in the context of COVID-19 pandemic 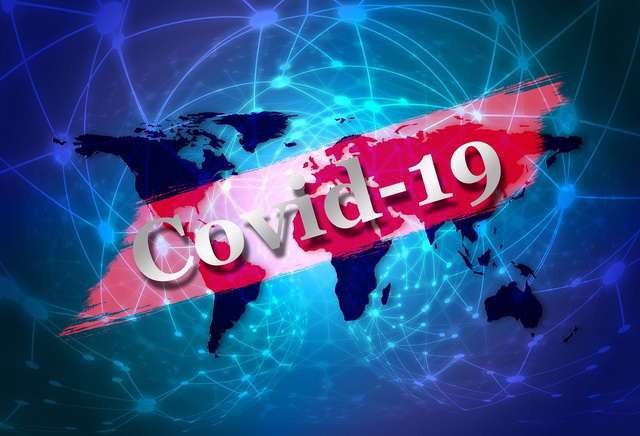 Coronavirus pandemic in 2020 is likely to be main factor affecting changes in transnational crime and drug trafficking in the world in general and the Central Asian region in particular.

Closure of borders, restriction of movement between cities and other quarantine measures within states have, to a certain extent, complicated transport of narcotic drugs as well as distribution of drugs within countries, in populated areas and between them.

Analysis of drug seizures in the region over the past period in 2020 shows that illicit market traditionally has a higher share of cannabis group drugs.

Meanwhile, the problem of synthetic drugs is becoming more and more acute. Between January and May this year, about 1 ton and 50 kg of psychotropic and new psychoactive substances, some of which are amphetamine-type stimulants, were seized in CARICC Member States.

In the same period, over 370 kg of opium group drugs and 1 ton and 890 kg of cannabis group drugs were seized.

Thus, as a result of monitoring and analysis of available information, the Centre identified main changes observed in drug trafficking and examined some of anticipated elements of drug crime organization caused by restrictive measures related to coronavirus imposed by countries both worldwide and in the Central Asian region.

Closing national borders to movement of people and restricting movement of goods across borders has to some extent weakened the ability of transnational organized crime groups to smuggle drugs and their precursors, as well as to transfer cash generated by transnational drug trade. However, this assumption requires further study, as there is a trend of increasing seizures of drugs in the Central Asian region as a whole (including those originating in Afghanistan) during the period of the pandemic, which may be a result of increased anti-drug measures, including state control of movement of goods at borders, rather than of intensification of transnational drug groups.

However, according to some experts, this encourages organized drug crime to make greater use of the efforts of states to provide food and medicine, which often disguise drugs, to the population. Drug trafficking groups could also make greater use of high-tech equipment in the form of drones and other semi-autonomous vehicles, and vice versa, “natural” means of transporting drug shipments across national borders using animals and postal birds.

Restrictions on movement within countries/regions due to quarantine and emergency situations (including curfew regimes) have also reduced the ability of drug dealers to supply and drug users to obtain narcotic drugs and psychotropic substances. It has also become more difficult to distribute drugs contactlessly through caches, etc. However, attention should be drawn here to the opinions of a number of experts that the sale of drugs by contactless means may have been shifted to sales using or under the guise of courier delivery services. This method may continue to be used for criminal purposes in the future, and drug dealers will start using technological tools more actively.

Limitations on movement of people and goods in the world may shift the structure of international drug trafficking from reducing transnational trade and smuggling of plant-based drugs to organizing production of synthetic drugs and new psychoactive substances in places of their direct sale, which allows drug dealers to minimize their risks and costs associated with logistics of drug supplies. This assumption is confirmed by increasing share of NPS and synthetic drugs in composition of drug market.

Self-isolation has led to increased use of electronic services, including criminal ones. This has increased the motivation of drug dealers to switch from using cash payments to using “Darknet” and electronic payment systems. In addition, coercive measures to isolate population and insufficient state measures to provide material support to the most socially vulnerable groups left without a livelihood may facilitate their transition to underground economy sectors. Economic hardship makes societies more receptive to criminal offers such as recruitment for criminal actions such as plant cultivation or courier services for drugs and money. Transnational drug crime is likely to try to use this opportunity to recruit new relatively inexpensive members for “rough work”. This may also be exacerbated by the trend of labour migrants who have been left without jobs and livelihoods returning to the states of the region.

On the positive side, drug traffickers incurred significant economic losses during the pandemic, which, it is to be hoped, undermined the financial capacity of organized drug groups. This factor is likely to help deter the inevitable adaptation of drug crime to the new environment, and drug control authorities will gain time to devise an adequate response.

More in this category: « Meeting of the CARICC Director with the Head of the UNODC Program Office in the Republic of Kazakhstan CARICC staff participate in Inter-regional Expert Meeting »
back to top