CARICC delegation headed by Director Major-General of Police R. Miralizoda took part in the 63rd session of the United Nations Commission on Narcotic Drugs held in Vienna (Austria) from 2 to 6 March this year.

Ms. Ghada Wali, Under-Secretary-General and Executive Director of the United Nations Office on Drugs and Crime, made an opening statement to the 63rd session of the CND, and Mr. Cornelis de Joncheere, President of the International Narcotics Control Board (INCB), delivered a video message from Tedros Adhanom Ghebreyesus, Director-General of the World Health Organization.

A total of about 1,500 participants representing more than 130 countries, 17 international organizations and civil and scientific community members attended the 63rd session of the CND.

In addition to plenary, more than 100 international counter-narcotics events were organized and held on the sidelines of the session, some of which were joined by CARICC delegation.

In particular, five different side events organized by the Governments of Kazakhstan, Kyrgyzstan, Russia, Japan, Tajikistan, Turkmenistan, Uzbekistan and Japan in cooperation with the UNODC, the SCO and the European Union that covered efforts of the respective countries and organizations in combating illicit trafficking in narcotic drugs, psychotropic substances and their precursors.

A series of bilateral meetings of CARICC Director Mr. R. Miralizoda and heads of delegations from participating countries and high-ranking officials of international organizations were arranged on the sidelines of the forum.

The Centre's positive impact in combating illicit drug trafficking at the international and regional levels was cited. CARICC Director, in turn, reiterated his willingness to continue taking an active part in strengthening regional and international cooperation and providing a platform for conferences, trainings and other events in the areas under discussion.

In total, the 63rd session of the CND adopted five resolutions on such topics as partnerships with private sector; improving data collection and analysis to strengthen responses to world drug problem; involvement of youth in drug abuse prevention efforts; access to and availability of internationally controlled substances for medical and scientific purposes; and promoting alternative approaches to illicit crop cultivation. 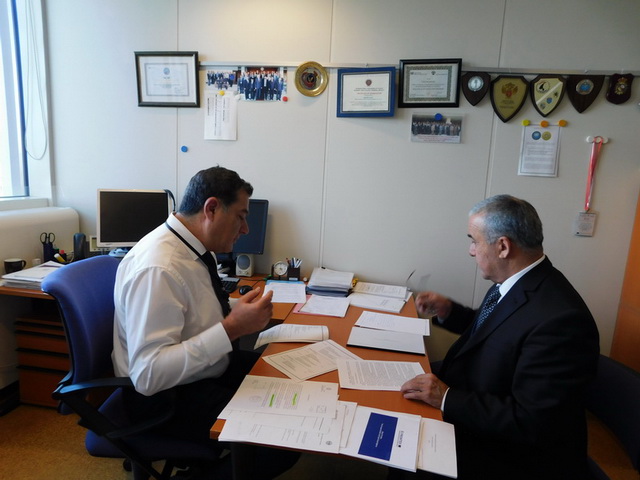 More in this category: « CARICC representative participated in event dedicated to 28th anniversary of accession of the Republic of Kazakhstan to UN UNODC World Drug Report 2020: Global drug use rising »
back to top